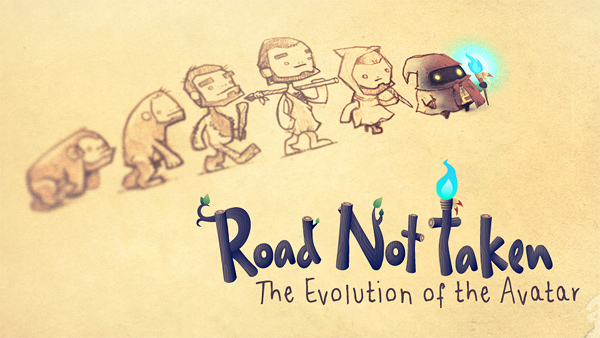 Hi everyone! Brent here again. We’ve gotten a lot of questions and compliments about the look of Road Not Taken’s main character, so I thought you might enjoy reading about the process I went through in creating it!

First, I guess I should say that designing a game’s main character/avatar is always tricky. The avatar has to work as a functional asset within the context of the game, has to look good in marketing materials and screenshots, but most importantly, has to feel right as something that represents you, the player! Easier said than done. 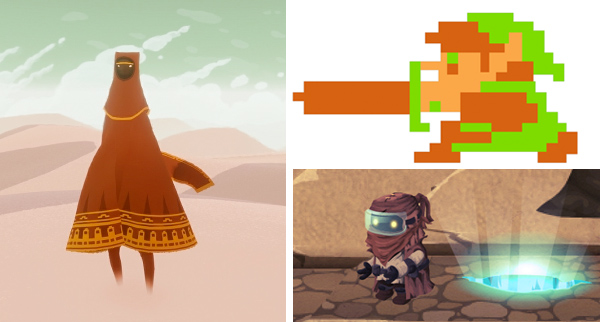 In Road Not Taken, the main character is a forest ranger of sorts (who happens to be blessed with mystical powers of levitation.) Although the theme of the game superficially calls for it,  I knew right off the bat that I didn’t want to go with a typical “park ranger” motif. The forest of Road Not Taken is mysterious and enchanted, and I wanted the Avatar to have the same vibe. So instead, I drew inspiration from more delightful/whimsical figures. Some of my key inspirations include: 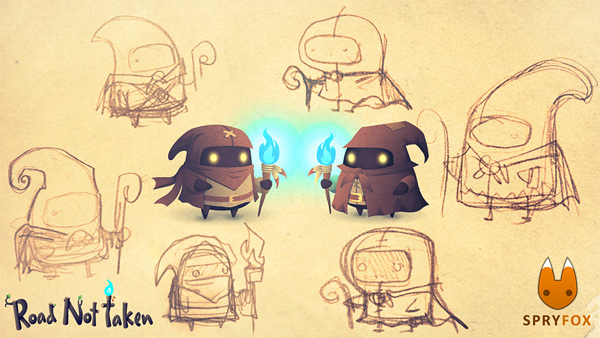 The general look of the avatar hasn’t changed a whole lot from its earliest sketches to its current iteration. I knew I wanted the main character to be holding a staff to signal a “lone traveller” persona. And I knew s/he needed to be hooded to hide his/her gender, so everyone could identify with the main character.

But when dealing with a character of such a stout stature that a tile-based game calls for, nailing down the overall shape of the character is everything. You could see by the early sketches and prototypes that the general theme and look of the character did not change through the process. Almost all of my sketches and concepts were iterations on the character’s head/hood shape and size. I was barely concerned about what was inside this silhouette until I was settled on the shape. In the end, I wanted the character to be whimsical — almost elven or wizard-like — yet still remain human in nature.

The blue flame was one of the last elements I added to the design, and I did it for three reasons. One, to give him a signature element to elevate him from being just “some hooded dude”. Two, for thematic purposes, the flame acts as the character’s life meter. When the flame dies, so too does our hero. And three, because why not a blue flame?

So, what’s under the main character’s hood??? We are currently experimenting with having the player reveal themselves to townsfolk. (Get your mind out of the gutter; I don’t mean it like that!) There are currently hundreds of possible avatar combinations, and we are working on allowing the player to have the option of fully customizing their character. Here’s a sneak peek at some of the possible combinations! Which one are you? 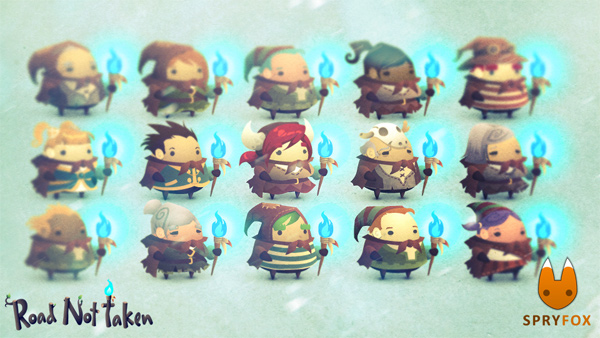 I hope this glimpse into the artistic development process behind Road Not Taken has been interesting to you! If you have any other questions about the look and feel of the game, please leave me a comment and I’ll do my best to answer!