This post is by Danny Simmons, the audio producer extraordinaire for our game Road Not Taken

We recently added the first batch of sounds to Road Not Taken, and the team got really excited, like the game was finally coming together! It’s funny because it was such a small thing in relation to the huge amount of work that has already gone into the game, but it really highlights the difference sound can make in the way we experience things.

The world of Road Not Taken is made up of magical and natural surroundings. That makes me happy, because even though I love the bleeps and bloops you can get from synthesis, my favourite way to make sounds is from scratch like a foley artist.

It just so happened that I started working on the RNT audio catalogue in the fall, right when there were piles of dried leaves everywhere — perfect! I brought a bucket of them inside and rustled them, crunched and dropped them… my studio was a mess! Also, if you listen closely to the end of the second RNT teaser, you can hear some percussion that was made from dry sticks. At the time I was at a cottage on vacation with my family, so I used a makeshift set-up to build that sample instrument. I expect that you’ll hear it again. 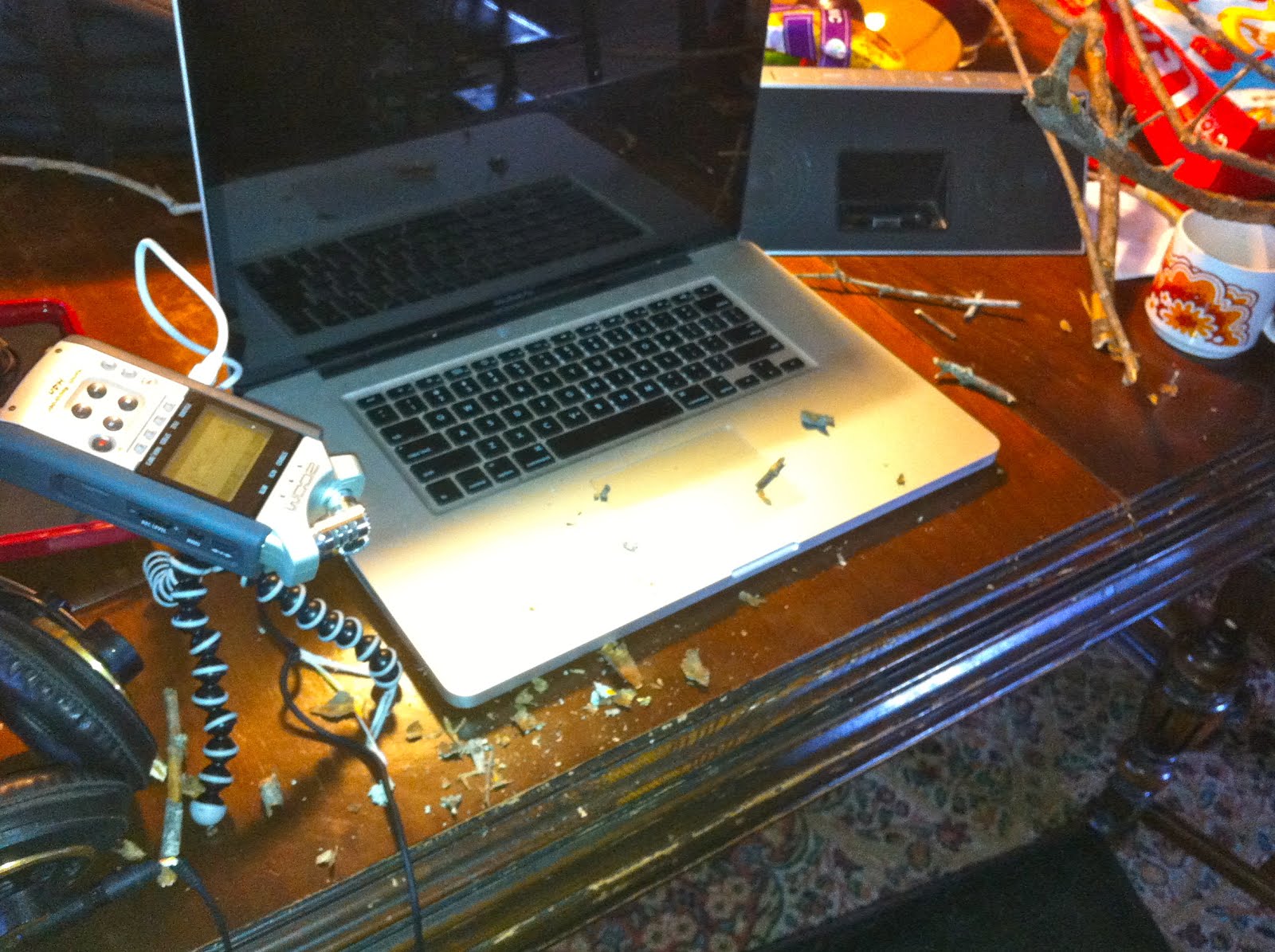 I’ve also been recording my kids (2 and 6) as much as possible in order to get the iconic sounds we need for the children, but it’s really hard to get the right sounds on demand! 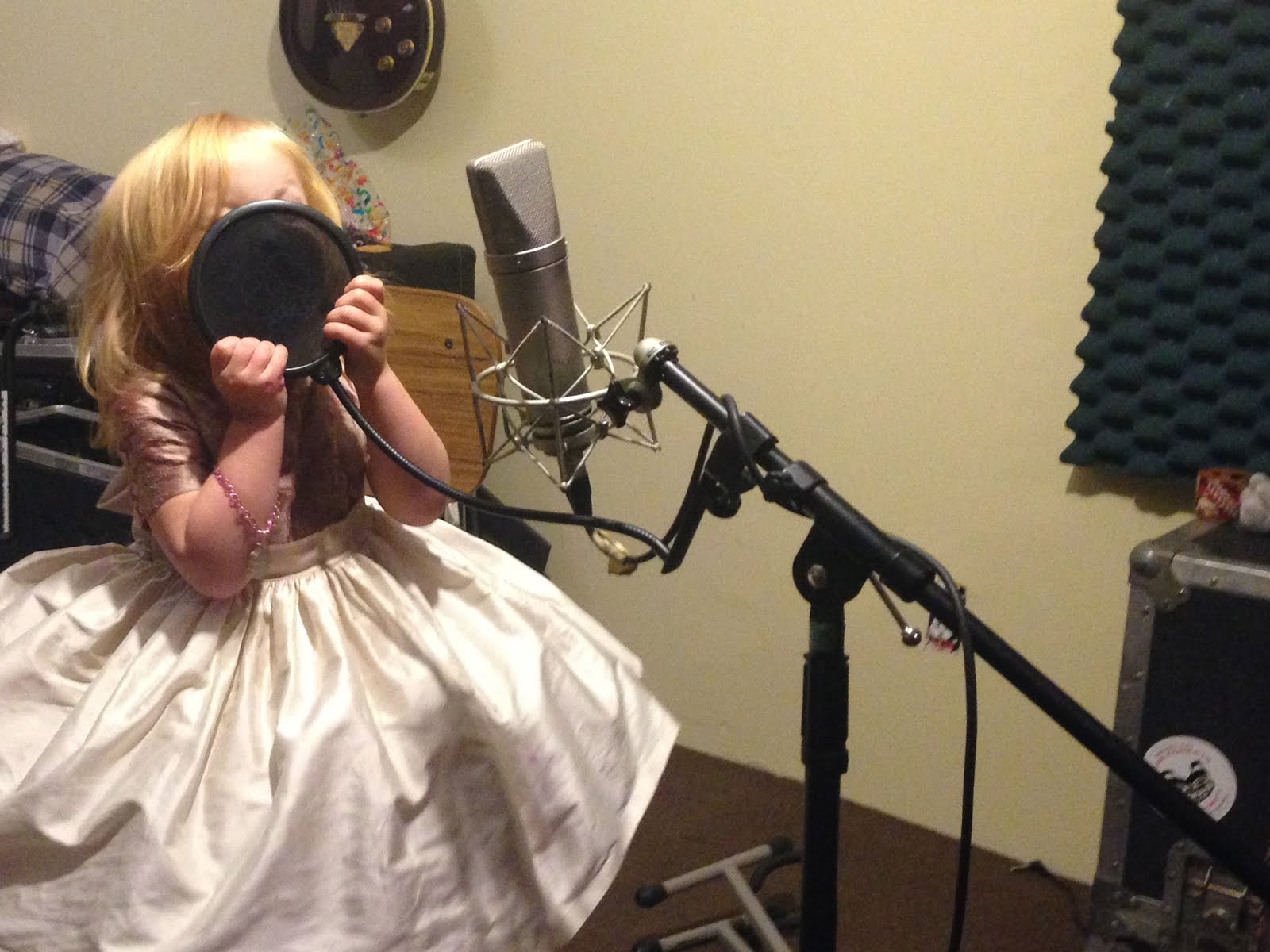 My search for organic sounds extends into the music you will hear in Road Not Taken. There is nothing that can sound quite like the real thing. I’m very lucky to be a part of a vibrant community of musicians that play traditional instruments, so I brought my friend Dan Restivo to come play his rare hand-made wooden flute that you hear in the teaser. My bandmate, Kristin Cavoukian, adds to the vibe with her voice. Here’s something I threw together quickly from the outtakes of that session:

Of course, how you use the sounds in a game is as important to their final impact as the sounds themselves, so I feel fortunate that Spry Fox veteran Cristian Soulos has taken the time show me around some of the code and enabled me to get in there and tinker with it myself. You can never really tell how audio is going to feel until it’s actually in the game, so it’s invaluable for me to be able to experiment with sounds in the Road Not Taken engine myself, as opposed to tossing them over the wall to the programming team.

RNT is designed to be played for many hours, so we’ve also been working together to find ways to provide variety in the background sound, as well as subtle variations in some of the sounds you hear constantly. If we get it right, you’ll hopefully feel immersed in the game and won’t be tempted to hit the mute button, even after several hours of playing.

The last gameplay trailer that we released showcased some of the in-game audio work that I’ve been doing for the very first time. I’m not done iterating on some of the stuff you hear in there, but by the time this video was released, I had already gone through several iterations on some of these sounds. When you’re doing something over and over again in a game, potentially thousands (or tens of thousands!) of times, it’s really important that it sound perfect!

Well, that’s all for now. I hope you enjoyed this post. If you have any thoughts on the audio work you’ve experienced thus far, or have some requests for things we might do in the future, please leave some comments for me! I’ll be sure to read them. 🙂

2 Comments in 'The Audio of Road Not Taken'